REGISTRATIONS: MUST BE DONE BY 6,00 p.m. on FEBRUARY 7TH 2019 to [email protected], clearly stating name, surname, date of birth, place of origin, medical specialization and races you wish to participate in.

Registration fee is 30 euro per 3 races, 15 euro per each race

DRAW: a draw will be carried out at the race office(Hotel Villa Margherita, Pera di Fassa) on February 7th 2019 at 6.00 p.m.

Public notices and start order will be shown at the race office. Race numbers will be distributed with the race-pack at the same office, starting from 9.15 p.m. and then on February 8th 2019 at 8.30 a.m. at Rifugio Valbona (middle station of LUSIA – MOENA’s cableways).

RACE NUMBERS DELIVERY: Numbers given out will have validity throughout all races and must be given back at the end of the last race.

RANKING: in both the female and male categories, the top three ranked athletes will be rewarded. Moreover, the first three NATIONAL TEAMS will also be rewarded. Please note that there will be a separate ranking for European and Italian championships and a different ranking for relatives.

MODIFICATIONS: If necessary, for a better outcome of the event, the Organization has the power to modify the program.

RESPONSABILITY: the Organization declines any responsability for accidents or damages to participants or third parties, before, during and after the event.

HELMET: The use of helmets for each race is mandatory.

Ranking for Countries: the same score calculation used in FIS WORLD CUP will be applied for all athletes.

OTHER: for any other aspect not included in these rules, please refer to the R.T.F regulations. 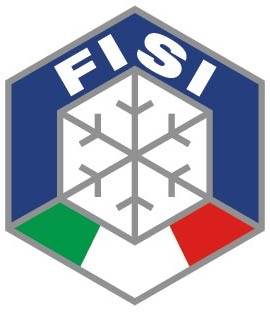